Adding SD4HW Mobile Video Surveillance in public, transit, shuttle and school buses can help reduce operating costs due to vandalism, can help reduce driver accidents, can help insure that those passengers transported act in a more responsible way due to the continuous recording surveillance video system which removes the veil of anonymity making people more accountable and legally responsible for their actions.

The risks associated with the transportation of passengers are much greater that those of other transportation markets due to the high value and irreplaceable nature of that cargo. The threats and potential losses to the city, county or contract carrier from vandalism are much greater than in other industries due in large part to the difficulty in enforcement when the vandalism occurs as in most cases the perpetrator is a underage child.

Those who have studied Human Nature, and deviant behavior, can predict that a percentage of these passengers, be they school children or adults will try to damage the bus in some childish, sociopathic and often unlawful manor, trying to damage the bus that is transporting them.

The worst part about their bad behavior is that it can encourage other “good passengers” to participate in this unlawful vandalism in a pack mentality greatly increasing the risk or damage to property usually involving damage to the seat covers causing massive expense to the bus owner, contractor, city or county. 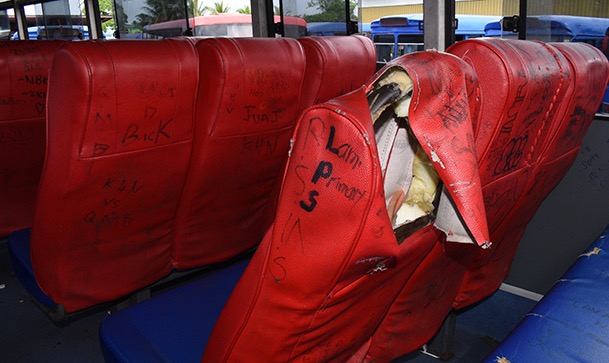 Even if they are not successful encouraging others to damage the vehicle, they may simply make others riding in the vehicle uncomfortable, or fear for their safety in the case of gang members or bullies in a school bus pupil transportation application, or drunk criminal activities in an public transit application with aggressive potentially intoxicated individuals inciting violence.

Vandalism is a costly and complex problem for bus owners, public schools and contract carriers who operate them.
Often the environment in which these pupil or passenger transportation occur involves children and minorities both groups where there is such a heightened concern for the welfare and liability of those transported and with current policies of “Zero tolerance” often diametrically opposed to Political Correctness subjecting every action to intense scrutiny of those making the decisions, adding real life consequences to work related decisions, which can often be blown out of proportion by a out of control mainstream media salivating over their next persecution to keep the short attention span masses entertained and on the edge of their seats. 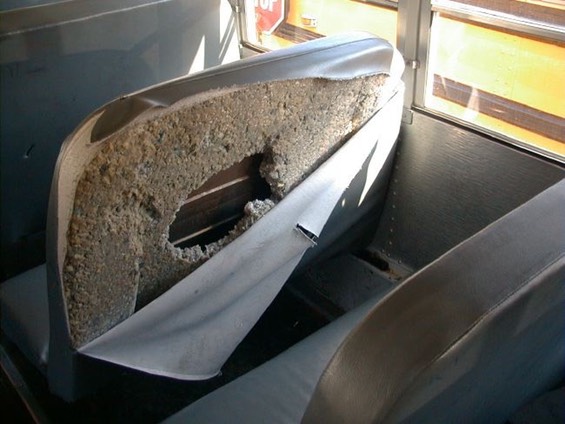 Transportation directors can at time feel like the character “Damocles” in the Roman philosopher Cicero’s book of 45 B.C. “Tusculan Disputations.”

When king Dionysius II offered to change places with Damocles, a court flatterer who remarked how easy it must be to be the king.
To demonstrate to Damocles, what it is really like to hold the power of king, the king added a sharp sword hanging over his head when seated in the gold throne suspended by a single horse hair, later to be known as the  “sword of Damocles”.

The moral of this is; heavy is the burden of those who govern, those who often make important decisions, and in this case the principle “Actions have consequences” which is why often these acts of vandalism are not responded to because of the politically charged environment in which they occur as the penalty of making rash judgements when dealing with children or minority criminal allegations can be severe and costly in court, so in all cases the added “Expert Eye Video Witness” provided by a bus video system can provide sequential irrefutable video evidence proof what was claimed was accurate and in fact true.

Unlike human eye witnesses, who can be accused of being biased, racist, prejudiced, homophobic, intolerant, anti-latino, anti-black, anti-muslim, anti-jewish, anti-female….our Digital Expert Eye Witness Mobile Video Surveillance System cannot be found to have any of those biases, nor does it have any agenda other then documenting in a sequential manor what events occur on a vehicle.

In addition the video file evidence it creates is time date stamped for court use in litigation or defense of litigation, plus to provide a “chain of custody” guideline often mandated for video evidence, there is a key locking SD card door, plus the files are heavily encrypted, one for the customer and an additional level of encryption that even the dealer cannot access, in the case of Capital crimes where the manufacturer is the only one who can verify the veracity of the files.

To demonstrate my rough learning curve over what it can be like in a transportation department of a large city school district, in the course of my work I was thanked for our products high quality recording and  shown a video of 3 early teen future inmates of the state correctional facility, as they  ignited the rear seats of a new Special Needs lift bus, then as the entire seats in the back of the bus burst into flames they walk out past the cameras I installed to document child behavior problems in that bus, while they were laughing, giving the camera the bird and flashing gang signs at the cameras knowing full well they were being recorded. 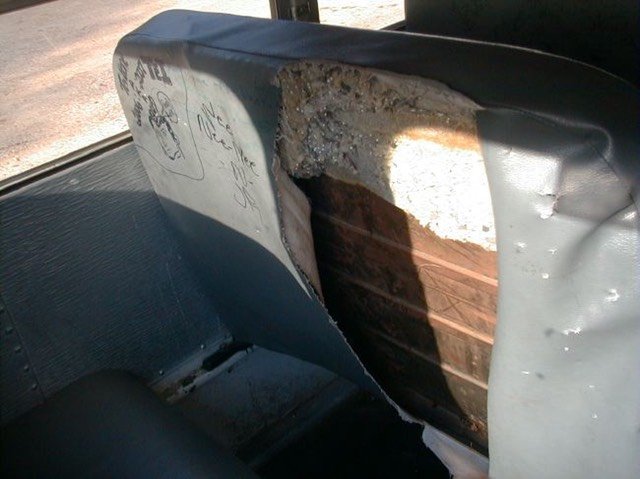 When I asked what happened to these 3 stunning examples of urban intellectualism, I was told nothing. When I asked how that is possible when you have clear video of multiple felonies on school property including arson and destruction of property of at least 40,000 dollars, I was told we cannot do anything to them, they are protected.

Not only were they not arrested, their parents were not notified, they were not suspended, not expelled, not put in Alternative Schools, no charges filed…..nothing because they were under 16 years old and a protected minority in a city school bus district. This was my first introduction to the complete chaos, dysfunction and paralysis caused by Political Correctness in the public school system. When those in power to enforce the rules are incapable or unwilling to do so there is anarchy.

The reason I mention the above is because there is no point spending tax dollars investing in bus video camera surveillance systems if your district or company management is not willing to provide consequences to the criminal actions of vandals who will destroy your bus seats, sell and use drugs in the back of the bus, have sex parties in the back of the bus and those are just the video clips I have seen, there is no telling what was not forwarded to me. The systems we provide can document the activities and events of vandalism, but this is only part of the solution. The district or company management must bewailing to use the video evidence obtained to enforce the law, enforce policy and maintain order among the children on school buses or passengers in public transit buses or this is a complete waste of time and a squandered investment.

The “Rule of Law” while sometimes twisted like a soft pretzel at Germanys Munich Oktoberfest, is still the foundation of Western Civilization. The products we provide help enforce the Rule of Law.

If your district or company will not enforce the laws, will not use the video evidence our systems can provide, will not hold accountable those who destroy public or private property, will let Political Correctness determine who cannot be charged with a crime, then we do not want your business, because in many cases those purchases are just flushing tax payer funding down the toilet.

My time could be better spent providing mobile video camera solutions to those who will actually use the evidence created by our systems to enforce the laws and stop vandalism of bus seats and not waste public taxpayer funding. 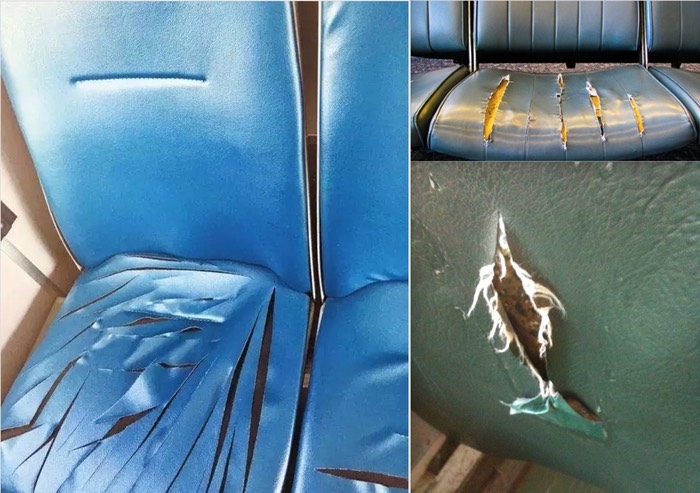 What can the "SD4HW” do for your School or Transit Bus Fleet?

The presences of an in vehicle surveillance system can document and help reduce:

Unmanaged Passenger Risk can also cause massive realized losses with unnecessary liability to pupil transportation charter buses or public transit agencies. It is vital to document problems, identify their cause, review any intervention and the end results in a worse case scenario, or successful passenger situation resolution to provide invaluable information and evidence that can be reviewed and possibly used to improve the awareness or ability of the driver in resolving similar problems in the future. Unwanted school bus or transit bus passenger behaviors documented:

* Fights Between Children on School Buses and Passengers on Transit Vehicles

* Drug Use, Sale or Distribution on School Buses or Public Transit Buses

* Assaults or Abuse Towards The Driver 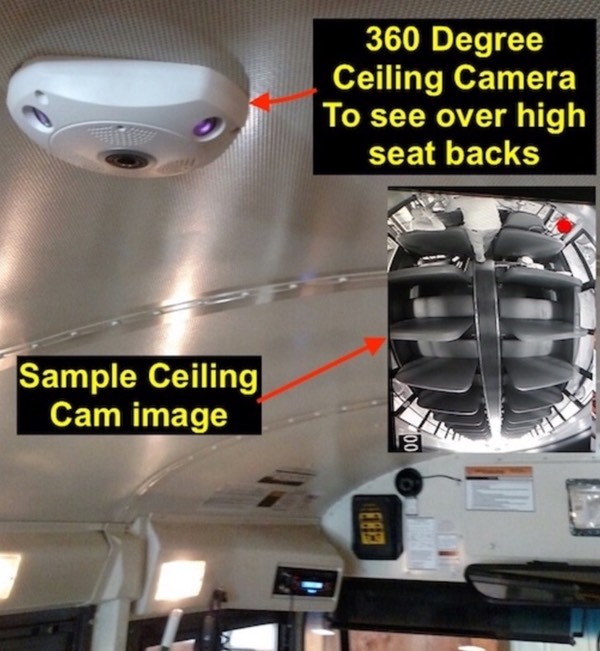 Our goal is to provide a verifiable mechanism that can actively alert and encourage potential problem passengers to be more responsible, respectful of the laws, less problematic, more conscious of their video recorded behaviors and not a risk to the safety of other passengers or destructive and costly vandalism of the vehicle they are riding in particularly the seats which seem to bear the brunt of most of the destructive tendencies of those with defective value systems, no conscience or respect for other peoples property or The Rule of Law.

It is our hope that with the support and oversight of management, most passengers who exhibit dangerous or unlawful behaviors and damage to the vehicle seats, can be reminded with warning decals and by the drivers:  “For your safety and security, this vehicle has a video surveillance system in use” recording what occurs on the vehicle. 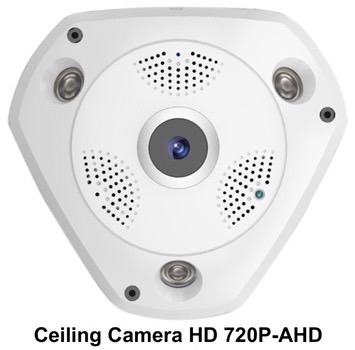